HOW DO I LEARN TO SKYDIVE?

If you want to learn to skydive the first step is easy, attend a First Jump course at the Robertson Skydive School.  You can either choose to do the basic FTJ course which includes one static line jump from 3,500ft or the deluxe package which includes three static line jumps.  When you sign up, everything is included; training, equipment rental, repacking and all course materials.  It’s your job to bring your enthusiasm and excitement.

Your first step on the road to becoming a skydiver is our First Time Jump or FTJ course.

The FTJ will instruct you how to make safe static-line descents and to prepare you for the progression to freefall.  The FTJ course is a full day of tuition that covers the equipment, aircraft drills, jumping technique, canopy control, reserve drills and landing. Everything is included in the price, you just need to turn up and jump. 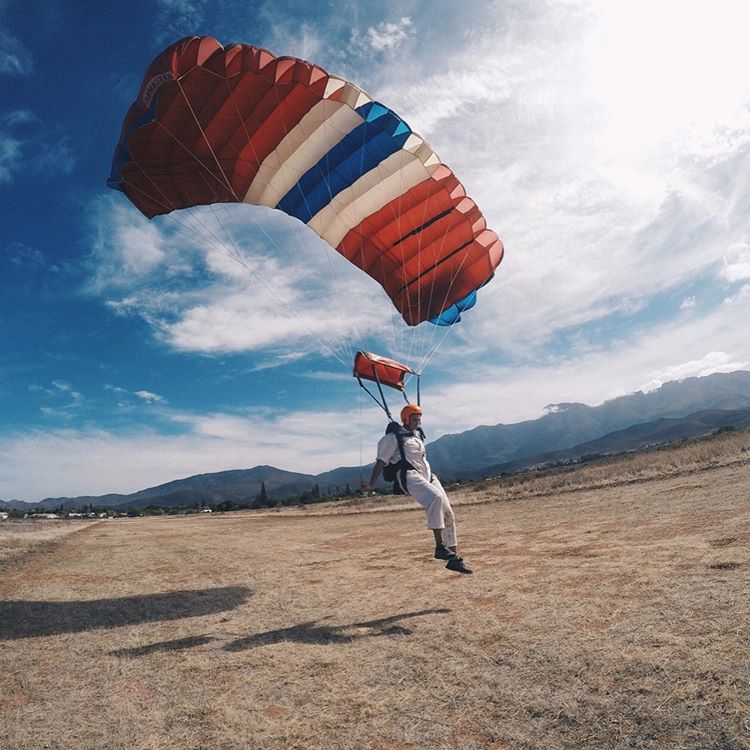 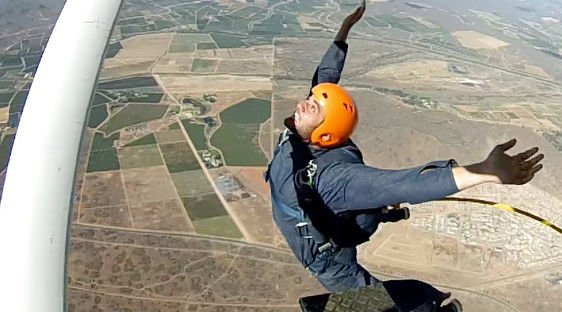 Skydiving is a very social sport, that’s why we encourage you to come to the dropzone for the weekend.  The FTJ course takes up most of Saturday, by which time it’s too late to jump, so your jump will be on Sunday morning.  There is plenty of space to pitch a tent, plus we have a clubhouse with a kitchen and showers. Everyone at the dropzone braais on the Saturday evening so come and spend the evening with our members and let them tell you about their skydiving adventures.

AFTER THE FIRST JUMP COURSE

After the FTJ course you have a decision about how you’re going to learn to skydive, do you continue with Student Progression or switch to the Accelerated Freefall?  Your instructor will help you make this decision.  Student Progression and AFF cost approximately the same but the progression includes more jumps so you’ll be at the dropzone more often meaning you’ll be soaking up more skydiving experiences from other jumpers, and maybe learn to pack.  There are fewer AFF levels but each level is more expensive as you’ll have instructors jumping with you so retakes cost more.  Each AFF level is from the top, which at Robertson is 11,000ft.  Yes, you go straight to 11,000ft and jump into the blue. 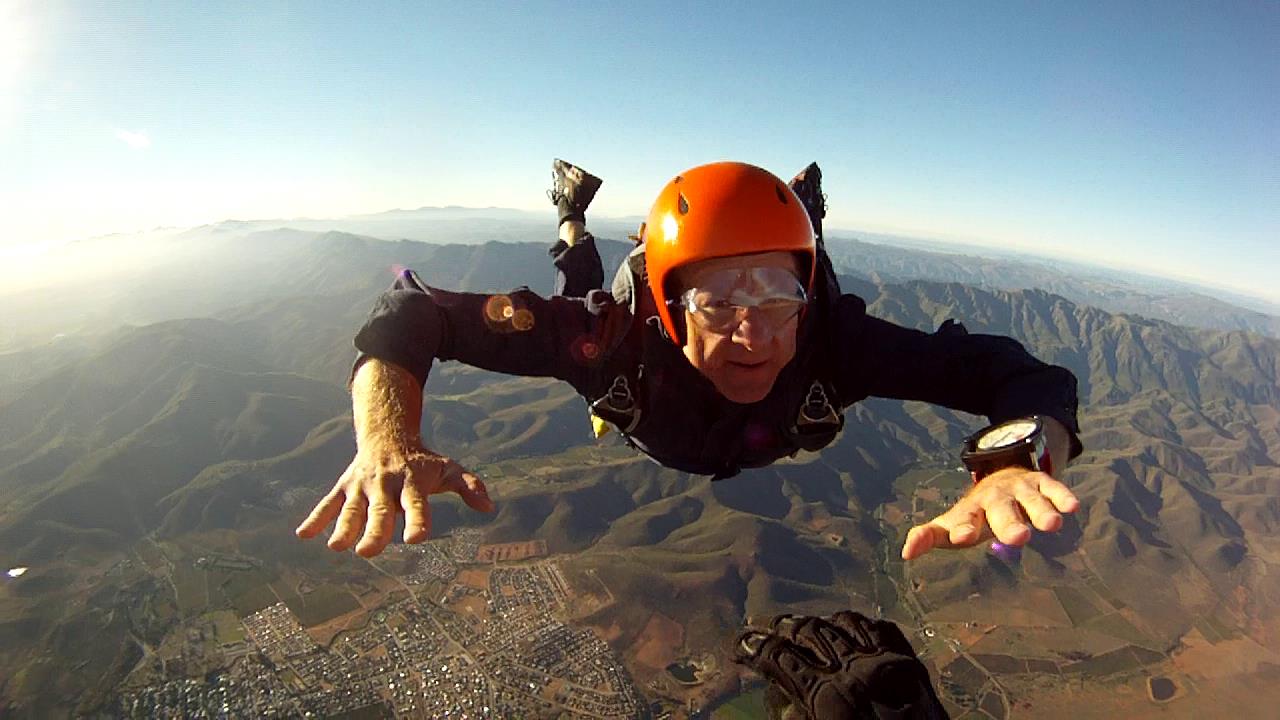 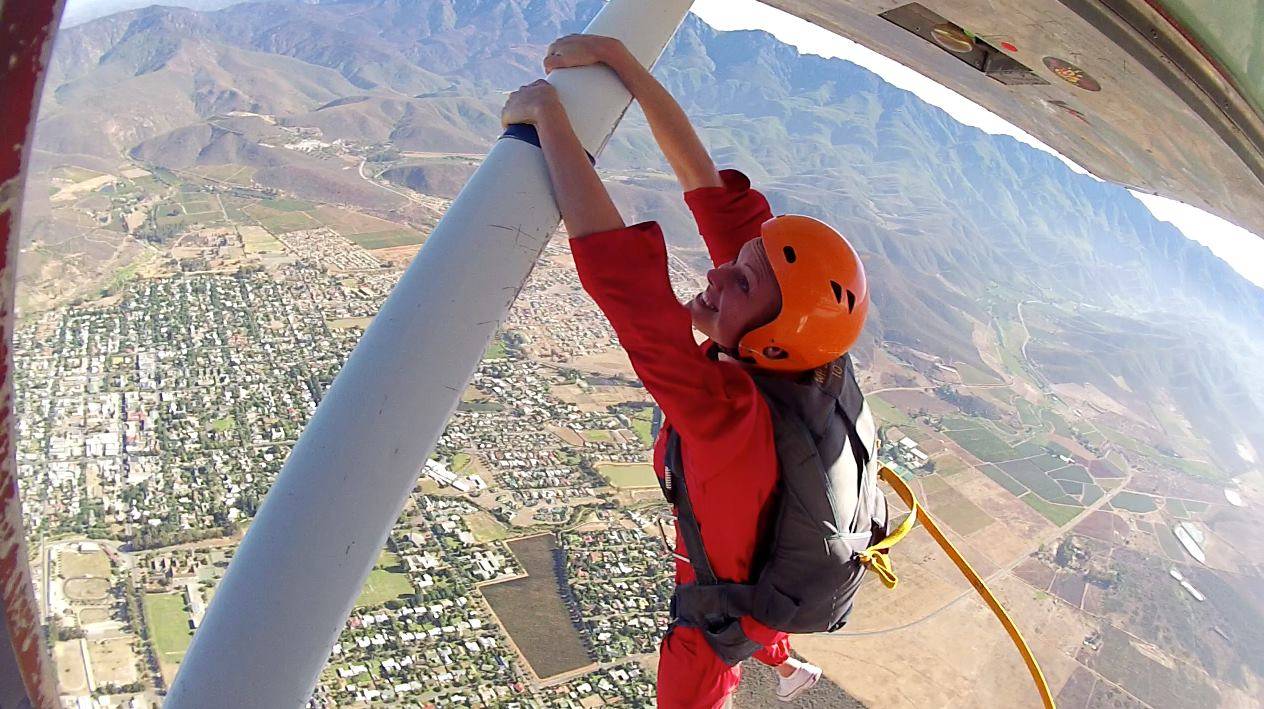 The Student Progression program is a great way to learn to skydive and continues on from what you learnt on the FTJ course.  First you complete the Static Line Progression program, which is three static line jumps followed by five dummy ripcord jumps (DRPs), a total of 8 jumps including your first jump.  A DRP is exactly the same as a static line jump except you refine your skills and simulate deploying the canopy yourself.

Next you start the Freefall Progression program which consists of 15 separate tests, starting with a jump with a delay of three seconds before you pull up to the final spin test where you show you can regain your stability while falling.  Whoooaaa, let’s go back a bit.  Did you see that your ninth jump includes some freefall time?  This officially makes you a skydiver!  Time to parteeeee…  In total the Student Progression program is 24 jumps, by which time you are nine freefall jumps away from being able to attempt the PASA A-License.  On completion you’re signed off as a graduate skydiver.

Who’s paying attention?  If Static Line Progression is 8 jumps and Freefall Progression is 15 tests, shouldn’t that be 23 jumps?  That’s because you have to do the 10 second delay jump twice.

AFF is more intense way to learn to skydive than Student Progression and consists of ten separate levels after which you are signed off as a graduate skydiver.  On level 1 you jump from the top with two instructors holding you to keep you stable, during the jump you have to demonstrate you are altitude aware by checking your altimeter and shouting the altitude to both instructors, then you do three practice touches of your pilot chute, the thing that deploys your main canopy, and then you deploy for yourself at 6,000ft.  The instructors can’t hear you but the instructors do know your brain is working having jumped out of a plane.  And no, this isn’t Point Break and you’re not Keanu Reeves shouting ‘No you pull!’ at Patrick Swayze.

The following levels then introduce more mid-air tasks and movements up to level 9 where you have to regain control while falling.  Level 10 is your first low altitude jump from 4,500ft, which other skydivers call a hop’n’pop.